Regent Seven Seas Cruises has revealed its brand new 2022-2023 Voyage Collection featuring exotic and iconic destinations, allowing guests to explore the world while enjoying an unrivaled experience with every luxury included. The thoughtfully curated Voyage Collection consists of 148 sailings from April 2022 to the end of April 2023 across Africa and Arabia, Alaska, Asia, Australia and New Zealand, Canada and New England, the Caribbean and Panama Canal, the Mediterranean, Northern Europe and South America, as well as transoceanic crossings and five Grand Voyages.

Sailings range from 7 nights up to the recently announced 143-night 2023 World Cruise. The Voyage Collection boasts 17 maiden ports of call for the line and 105 overnight visits.

Highlights include Seven Seas Splendor’s™ summer season in Scandinavia and the Baltics; Seven Seas Explorer® in the Mediterranean discovering Turkey and Black Sea ports; Seven Seas Voyager’s® tour of Africa and her winter season in South America which includes a sailing to Antarctica; Seven Seas Mariner’s® Alaskan summer and 2023 World Cruise; and Seven Seas Navigator’s® Grand Arctic Adventure and Caribbean cruises which feature two voyages from Bridgetown, Barbados. More detailed information about the ships’ individual deployments can be found below. 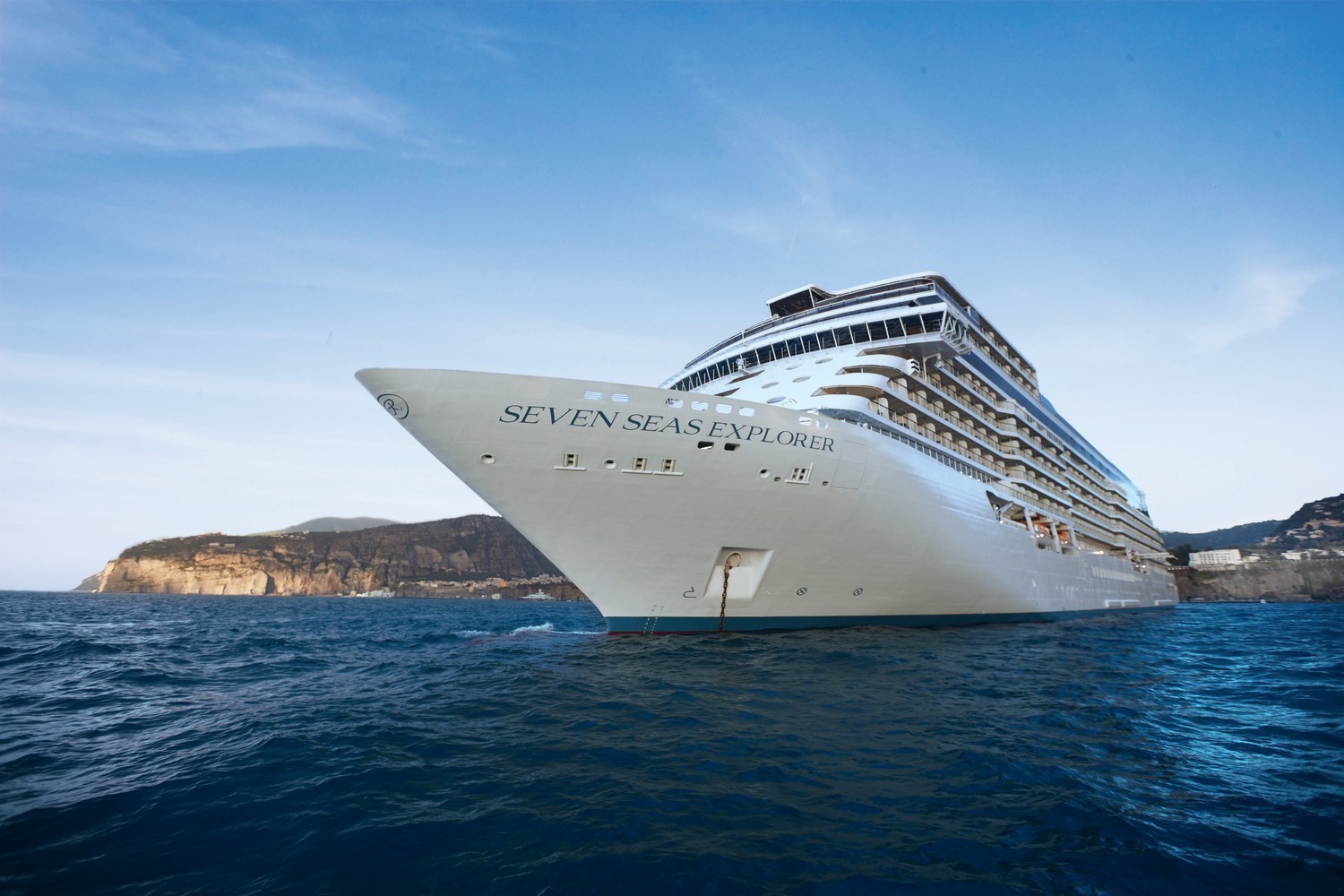 Opportunities for truly immersive and unforgettable luxury travel vacations abound with access to over 350 UNESCO World Heritage Sites across thousands of FREE unlimited shore excursions in the Voyage Collection. In addition, 36 sailings in Africa, Arabia, Australia, Asia and South America offer FREE pre- or post-land tour programs which, varying from 2 to 3 nights, give travelers more time to experience the regions’ sights, history, culture and flavors.

“Launching a new Voyage Collection is always exciting, however knowing our guests’ strong desire to get back on the oceans, as illustrated by our record breaking 2023 World Cruise launch, makes this one feel extra special,” said Jason Montague, president and chief executive officer, Regent Seven Seas Cruises. “Our guests are passionate about travel and exploring the world and I’m delighted that we can offer them such an exotic and expansive choice of global destinations, all to be discovered while sailing on board The World’s Most Luxurious Feet™.”

After crossing the Atlantic from Miami, Florida, Seven Seas Splendor’s 2022 summer season starts with a 7-night Mediterranean cruise from Barcelona, Spain to Venice, Italy and a 10-night Adriatic cruise from Venice, Italy to Monte Carlo, Monaco before extensive exploration of Northern Europe. Voyages in the region range from 7 nights long up to an incredible 18-night sailing which encompasses both the stunning Fjords of Norway as well the eclectic, cultural charms of Baltic ports such as Gdansk, Poland; Liepaja, Latvia; and as far east as St Petersburg, Russia. Several cruises in the season boast an overnight stay in St Petersburg, as well as in Stockholm, Sweden. The ship also tours the British Isles and visits the ports of West Coast France.

Following seven- to 12-night sojourns around the Iberian Peninsula, the Canary Islands, the Italian and French Riviera, and the Adriatic including Split, Croatia and Kotor, Montenegro, the ship that perfects luxury sails 7- to-10-night cruises across the Eastern and Western Caribbean for winter 2022, into spring 2023. Sailing roundtrip Miami, her Caribbean season includes stops to the more remote islands of Aruba, Bonaire and Curaçao, a festive cruise along the Mexican Riviera to Los Angeles, and two transits of the Panama Canal.

Summer 2022 for Seven Seas Explorer is spent plying the Mediterranean with 16 sailings ranging from 7 to 12 nights in length, with a focus on the Eastern Mediterranean, including two sailings which take in ports on the Black Sea and three sailings calling on the Holy Land, with multiple overnights stays in Jerusalem.

There are a number of overnight ports of call where east meets west in Istanbul, plus more discovery of Turkey with stops in Bodrum, Kusadasi (Ephesus), Anatlya, Dikili and Bozcaada. The most luxurious ship ever built then continues to the Middle East for a unique 21-night sailing along the Gulf Coast with new ports of Doha, Qatar; Sir Bani Yas, UAE; and Khasab, Oman, before making her way to Singapore, stopping in India, the Maldives, Thailand and Malaysia en route.

Following a festive cruise through Indonesia, Seven Seas Explorer rings in the New Year travelling Australia and New Zealand, with opportunities for overnights in Brisbane, Melbourne and Cairns. The ship rounds off Spring 2023 with deep explorations of South East Asia, visiting countries including Thailand, China, Taiwan, Vietnam and South Korea, amongst others. Highlighting this Asia collection are three Japan intensive, Tokyo round-trip sailings during the picturesque cherry blossom season.

Seven Seas Explorer offers several FREE pre- or post-cruise land programs including Marvels of Dubai and Sharjah from Dubai, UAE; Essence of Bangkok from Bangkok, Thailand; and Sunrise Over Tokyo from Tokyo, Japan.

Seven Seas Voyager spends her early summer season in the Mediterranean on a selection of 10 to 12-night cruises as far west as the Canary Islands and Morocco, and as east as Istanbul, also visiting Greek islands, the Balkans, Italy, France and Spain.

She heads back for more classic Mediterranean meandering later in the year, after a midsummer in Northern Europe where spectacular adventures take her up to Greenland, Iceland and across to Scandinavia, with a dash of Paris, France; Bruges, Belgium; Amsterdam, Netherlands; and the Baltics added in too. A noteworthy sailing is one of Seven Seas Voyager’s British Isles itineraries, which uniquely has five ports of call in Ireland and two in Northern Ireland, with three out of the seven being new.

After Seven Seas Voyager’s European exploits, she heads south from Lisbon on a 24-night cruise exploring much of Africa’s West Coast including Cape Verde, Senegal, Gambia, Ivory Coast, Ghana, Togo and São Tomé and Príncipe, followed by two round-trip Cape Town sailings around South Africa, Namibia and Mozambique, one of which is a festive holiday sailing.

Alaska is Seven Seas Mariner’s home for summer 2022. Guests can discover the Last Frontier on a collection of 18, 7-night sailings between Vancouver, British Columbia and Seward, Alaska, with a 12-night cruise ending in Los Angeles, California after visiting Astoria, Oregon; and San Francisco, California.

The Mexican Riviera sees Seven Seas Mariner visit vibrant locales such as Puerto Vallarta, Mazatlán and Cabo San Lucas on a 9- and 10-night voyage, round-trip Los Angeles. Plus, on a 12-night Mexican Riviera cruise the ship takes in new ports of call in the form of the Golden State’s Monterey and Santa Barbara.

All four Central and South American sailings from Los Angeles, California to Miami, Florida can be combined into an epic 65-night Circle South America Grand Voyage with up to 170 FREE shore excursions.

After concluding Circle South America, the ship then embarks on her 2023 World Cruise from Miami, Florida to Barcelona, Spain and will explore South America, South Pacific Islands, Australia, Southeast Asia, the Indian subcontinent, the Middle East, Africa and Spain on a 143-night voyage across 72 ports of call.

After commencing her summer season with an Eastern and a Western Caribbean sailing, Seven Seas Navigator cruises a 25-night Amazon odyssey, roundtrip Miami. Bookended with calls to the best of the Caribbean, the ship spends seven nights on the famous Brazilian river, stopping at Santarém, Boca da Valeria, Parintins, Alter do Chão, plus an overnight in Manaus.

Seven Seas Navigator then sails north with an overnight stop in Charleston, South Carolina and a two-night stop in Bermuda on her way to Montréal, Québec. The ship then explores Canada and New England during a 10-night cruise before heading across the Atlantic, via Greenland and Iceland, to gently journey the highlights of Northern Europe. Spending 20 nights sailing the most northern reaches of the continent around the North Cape, visiting Norway’s Fjords all the way to Russia’s Solotvetsky Islands, is of particular note. Three additional cruises in the region see Seven Seas Navigator tour the British Isles, the Baltics and a 12-night Western European cruise which sails from Amsterdam, Netherlands to Barcelona, Spain, before she makes her way to New York.

The ship’s navigation of Canada and New England, Northern and Western Europe, plus her Atlantic crossing can be enjoyed as a 94-night Grand Arctic Adventure Grand Voyage, starting and ending in New York with up to 415 FREE shore excursions.

In fall, guests are treated to spectacular autumn foliage with four intensive Canada and New England sailings between New York and Montréal, Québec before heading south for 11 Caribbean cruises to finish her 2023 winter season. While most depart from Miami, Florida two unique voyages include turns in Bridgetown, Barbados. There is another 25-night sailing with a cruise along the Amazon River and the ship will spend Christmas in Oranjestad, Aruba and New Year’s Day in St John’s, Antigua.

Port of Ostia, Rome, Italy
World’s most livable cities
Adventures by Disney Introduces New England Vacation and Expands Private Adventure Destinations in 2022
Egypt unearths trove of artifacts
Norwegian Cruise Line CEO: Cruise ships will be the ‘safest place on earth’ when they relaunch
Congratulations to the people of Portugal on their National Day
You traveled to China…there is your first mistake that could become your last
Ad Deir, in the ancient Jordanian city of Petra
Summer is Here: The Raft of the Medusa
Ancient calendar and a map of the cosmos revealed at the Yazılıkaya Rock Temple in Turkey

The car rental market has changed forever
If you want to go on holiday but aren’t sure which destination you want
Visit Israel in 2022: Rising Tourism Numbers, New Hotel Openings, Refurbishments and More
Rhapsody of the Seas Sets Sail From Haifa Port
SMART Airports Conference to bring airport leaders and innovators from around the world to Ontario, California
How are college students spending their summer breaks?
Holland America Line Launches Best Deal of the Year on 2023 Cruises — ‘Book Early & Save’ Includes Crew Appreciation, Onboard Credit, Low-Fare Guarantee and Popular ‘Have It All’ Amenities
Park Hyatt Jakarta Officially Opens in the Heart of Tranquil Menteng
Australia is overlooked in world’s best restaurant rankings
Heatwave hits Europe
Best Museums in London
What kind of ship would you choose to travel?
Best UK activity holidays and summer camps for teenagers
Musée des Beaux-Arts de Bordeaux
How to travel the world, but stay in one place: exotic and serene destinations
Alternative guide to Mallorca
Photo of the Day: Angers, France
The Loire is loved for its wines
Birdwatching, hiking and hearty campfire cuisine with ex-FARC guerrillas in Colombia
Auray, Brittany, France
We use cookies on our website to give you the most relevant experience by remembering your preferences and repeat visits. By clicking “Accept”, you consent to the use of ALL the cookies.
Do not sell my personal information.
Cookie SettingsAccept
Manage consent