As the year of the unimaginable came to close, Ontario International Airport (ONT) took stock of the challenges of 2020 and expressed a sense of optimism for the possibilities of the New Year.

In the closing days of the year – what many consider the worst in the history of commercial aviation – officials noted ONT’s emerging recovery, among the quickest of U.S. airports, and the recently announced addition or resumption of service to key destinations. 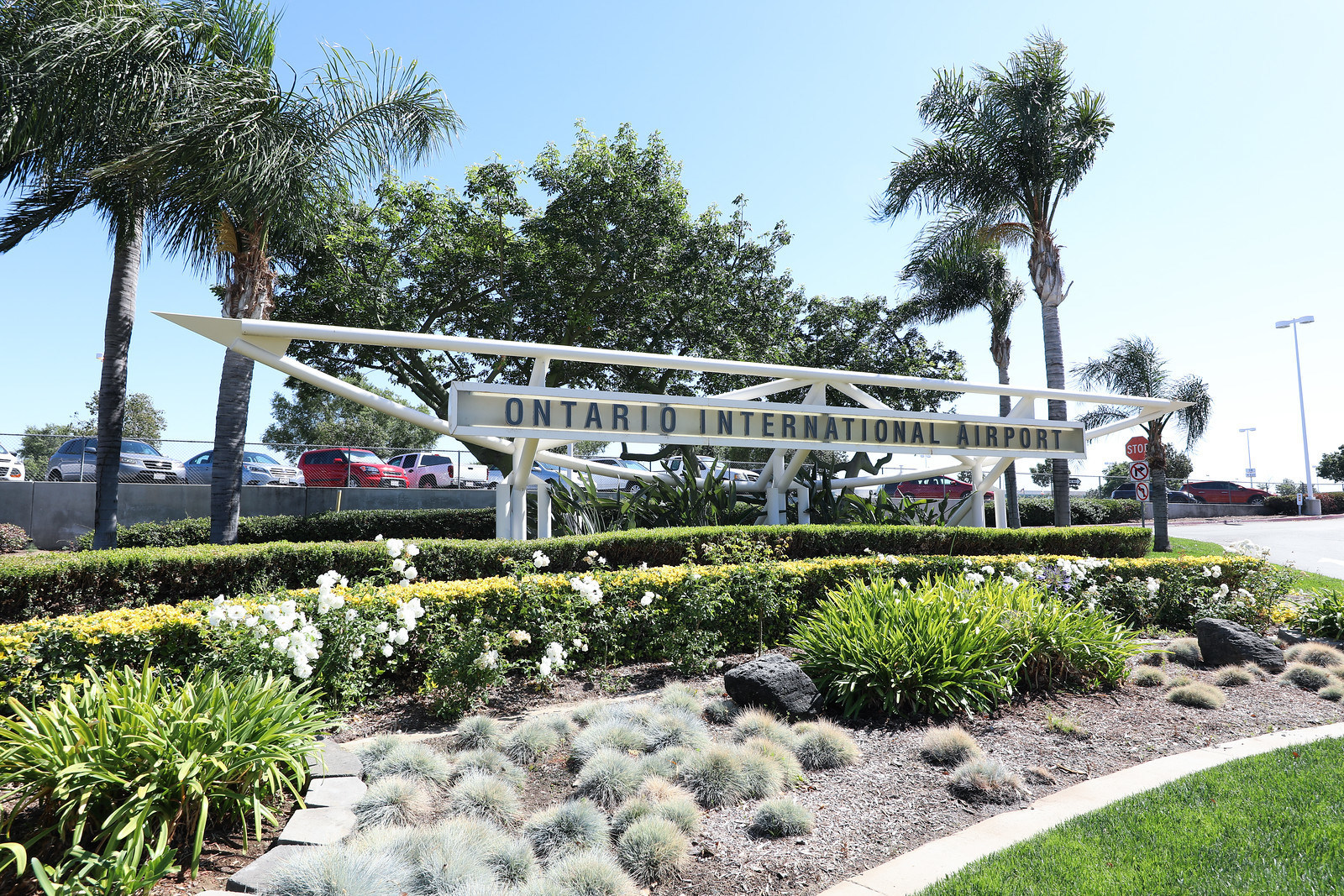 “When 2020 began, Ontario was Southern California’s newest international aviation gateway and the fastest growing airport in the U.S., in just its fourth year under local control,” said Alan D. Wapner, Mayor pro Tem of the City of Ontario and President of the OIAA Board of Commissioners. “An attractive low-cost airport for commercial airlines, major e-commerce hub for air cargo shippers and a driver for the region’s economy, Ontario was the airport we’d hoped it would be just a few years ago. With the vision of our commission and the dedicated service of our staff, I can say unquestionably that Ontario holds as much, if not more, promise today than it did before the pandemic. And as coronavirus vaccines become available to more Americans, I am optimistic we will see a return to more normal travel routines in 2021.”

Despite the immediate challenges in the early stages of the pandemic, there were many encouraging signs:

ONT recorded six straight months of traffic growth between April and October, regaining almost 50% of passenger volume compared to 2019, making its recovery first among airports in California and third nationally.
The airport enhanced cleaning practices and instituted new sanitization measures throughout passenger terminals designed to protect air travelers, greeters, employees and other visitors. More information on the airport’s sanitization measures is available here.
ONT launched an airport-wide initiative, ONTo What Matters Most, bringing life to the Airport’s mission of providing a clean & safe journey that connects people, places and experiences.
Airlines resumed or initiated new service from ONT to five destinations in 2020 including Atlanta, Chicago (Midway), Houston (Intercontinental), Seattle and Mexico City;
Airlines announced flights to another nine markets by Spring 2021 including Chicago (O’Hare) Honolulu, Las Vegas, Miami, Newark, Orlando, Phoenix, Sacramento and San Francisco;
ONT hosted a sold-out summer drive-in movie series and added app-based ride hail operator Wingz to its ground transportation program to increase access to the airport; and
In the Fall ONT established a drive-thru COVID-19 testing site which provides results in as few as 20 minutes.
While the coronavirus pandemic impacted air travel in ways not seen before, ONT’s role as an air cargo destination – a bright spot before the pandemic – took off in 2020, growing 20% year over year

In November, FedEx Express, a subsidiary of FedEx Corp., completed a $100 million, two-year transformation of its ONT operations, the centerpiece of which is a 251,000 square-foot complex which includes a state-of-the-art sorting facility capable of handling 12,000 packages per hour, nine wide-body aircraft gates, 14 feeder aircraft gates and 18 truck docks.

The redeveloped parcel of more than 50 acres and its modern facilities, along with a 30-year lease extension, cemented ONT’s role as a major cargo hub in North America.

“We can never forget the pandemic’s toll on human life,” said Mark Thorpe, chief executive officer of the OIAA. “Likewise, we will always remember how we adjusted at Ontario airport, challenged ourselves to adapt and collaborated with so many partners to ensure that travel through our international gateway is safe. We faced an unprecedented threat in 2020, and what we learned about our ability to persevere under the most difficult circumstances will serve our airport, our customers and the Inland Empire well as we move into 2021.”

About Ontario International Airport
Ontario International Airport (ONT) is the fastest growing airport in the United States, according to Global Traveler, a leading publication for frequent fliers. Located in the Inland Empire, ONT is approximately 35 miles east of downtown Los Angeles in the center of Southern California. It is a full-service airport which, before the coronavirus pandemic, offered nonstop commercial jet service to 26 major airports in the U.S., Mexico and Taiwan. More information is available at www.flyOntario.com. Follow @flyONT on Facebook, Twitter, andInstagram

The undisputed world destination for pastry arts: The École Nationale Supérieure de Pâtisserie expands
Top most-searched summer travel destinations in the US
Port of Ostia, Rome, Italy
La Sagrada Familia
Megalithic boulders of Sacsayhuaman in Cuzco, Peru
Inside America’s only beluga caviar farm
What Labor Day Travel Data Tells Us About the State of Travel
Europe travel: What you need to know about traveling this summer
The Best of Provence Chateau de Berne and Ultimate Provence Celebrate International Rosé Day and the Estates Reopening
Where to buy the best bread in Paris

Is chasing airline status worth it anymore?
Holland America Line Sees Record Black Friday Bookings in the U.S.
First-of-its-Kind New Rides to Open in Every SeaWorld Park in 2023 Including the World’s First Surf Coaster, the Longest and Fastest Straddle Coaster, and the World’s First Launched Flume Coaster
ROYAL CARIBBEAN GROUP CELEBRATES 30 YEARS OF SAVE THE WAVES, THE COMPANY’S COMMITMENT TO SUSTAINABILITY
Costa Toscana on the Middle East Cruise
Tripadvisor’s Year in Review: Unpacking all the good in 2022
10 Things to Do Before Leaving for Vacation
Brescia and Bergamo
Where and when to see cherry blossoms in Japan
Inmarsat: Air Passengers’ Confidence Eight Times Higher Than a Year Ago, 83% Worldwide Now Happy to Fly
Tomb of Baha ul Halim (14th Century), Tomb of Bibi Jiwindi (14th Century), Tomb of Nauria (15th Century) at Uch Sharif, Pakistan
How to travel the world, but stay in one place: exotic and serene destinations
Famous Key Marco Cat on exhibit at Marco Island Historical Museum through 2026
A local’s guide to Madrid
The Loire is loved for its wines
Almourol Castle, River Tagus, Portugal
Exploring Provence’s Luberon Valley
Best view of Melbourne? Ferguson Pier in Williamstown
Marriott Bonvoy Encourages Travelers to Switch into Vacation Mode with New Summer Openings Worth Logging Off For
Rhapsody of the Seas on Mediterranean cruise
We use cookies on our website to give you the most relevant experience by remembering your preferences and repeat visits. By clicking “Accept”, you consent to the use of ALL the cookies.
Do not sell my personal information.
Cookie SettingsAccept
Manage consent